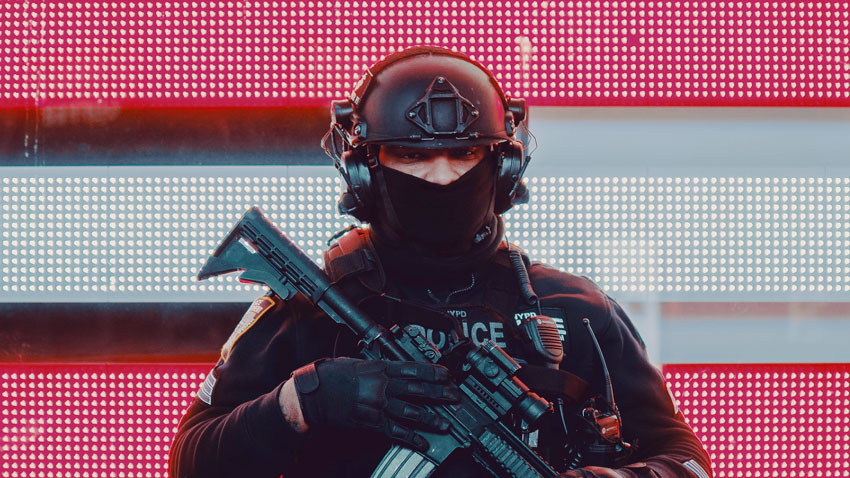 As the trend of globalization continues, all but the most routine global business transactions require some degree of physical presence. As a result, more and more corporate personnel find themselves traveling the globe and often residing in countries or regions with unfamiliar histories, cultures, customs and standards of living. The increasing frequency and disparity between the familiar and the foreign have raised security risks to new levels for business professionals traveling abroad.

Workers traveling to regions with elevated risks or less effective police forces may employ their own security detail. However, law enforcement agencies and security professionals cannot get it spot-on 100% of the time, nor can they be everywhere to stop every unlawful action. Luckily, one of the most effective security strategies also happens to be the easiest (and cheapest): you can take personal responsibility for your security by practicing the art of Situational Awareness.

Situational Awareness, which includes being mindful of your surroundings and identifying potential threats and dangerous situations, is more of a mindset than a hard skill. Situational Awareness involves first acknowledging that threats exist and then establishing a baseline for what is normal in your place of travel. This will help you recognize – and hopefully avoid – dangerous or potentially life-threatening risks, whether they be posed by common criminals or attacks carried out by terrorist organizations.

Ignorance or denial of a threat — or completely turning out your surroundings while in a public place — makes your chances of identifying a threat and avoiding it slim to none. One only need to watch the news to see that common crimes are ubiquitous, and in almost every corner of the globe terrorists, rebels and militants are plotting and carrying out attacks. These catastrophic incidents are not limited to unstable regions but have occurred in major metropolitan areas of the US, Europe & Australia. Terrorists and criminals operate wherever there are people and opportunity to advance their agenda.

The time, place and targets of crime may often appear random.  However, security professionals recognize that terrorist and criminal attacks do not materialize out of thin air. In fact, quite the opposite is true. It is important to remember that almost every criminal act, from a purse snatching to a terrorist bombing, involves some degree of pre-operational surveillance. Criminals are vulnerable to detection during that time. This is because they often are quite sloppy when they are casing their intended targets. They often get away with their sloppy practices for so long because most people simply do not look for them. Individuals who practice Situational Awareness can often spot the planning process as it unfolds and then take the appropriate steps necessary to avoid dangerous situations or prevent them from happening altogether.

To understand your surroundings and the specific risks that may be present, you must first establish an environmental baseline. This is quite simply acquiring a detailed understanding of what is normal for your environment so you can measure activity to a predetermined standard. Once the baseline is constructed, it becomes an important filter through which you can process the things you see while practicing Situational Awareness.

An environmental baseline should incorporate some general research on crime, terrorism history and statistics for the places you will visit and the travel corridors between them. This will give you a better understanding of the types of crimes being committed, the modus operandi of attackers or terrorists, and an enhanced understanding as to what may await you upon arrival. If your company does not have a corporate security manager on staff to give strategic security advice, a good place to start before traveling is to examine travel warnings or advisories that are routinely posted on government websites such as the U.S. Department of State or the United Kingdom’s Foreign Office website.

When developing a baseline, the value of local knowledge must be weighed against personal perspective. Threats are not the same for everyone. Certain threats to foreign travelers may not even exist for locals, and therefore a local contact may underestimate or inadvertently not recognize a potential threat to a foreign traveler. In addition, a local’s assessment of the frequency of crime is likely to be relative to their personal perspective. Baseline crime levels in places like São Paulo or Lagos are far higher than those one would see in Seattle or London. Therefore, a local from São Paulo or Lagos may perceive a rather dangerous area as relatively unremarkable.

Lack of awareness or misunderstanding your environmental baseline can be costly. In 1992, a Marxist kidnapping gang in Manila known as the “Red Scorpion Group” kidnapped an American executive living in the Philippines. When the executive was debriefed following his rescue, he described in detail how the kidnappers had blocked off his car in traffic and abducted him. Then, to the surprise of the debriefing team, he said that on the day before he was abducted, the same group of men had attempted to kidnap him at the exact same location, at the very same time of day and driving the same vehicle. The attackers had failed to adequately box his car in, however, and his driver was able to pull around the blocking vehicle and proceed to the office. Since the executive did not consider himself a kidnapping target, he had assumed that the incident the day before his abduction was “just another close call-in crazy Manila traffic.” The executive and his driver had both been tuned out. Unfortunately, the executive paid for this lack of awareness by having to withstand an extremely traumatic kidnapping and a dramatic rescue that nearly killed him.

While the consequences of being unaware can be severe, as in the example above, you don’t need to be on constant high alert to reap the benefits of practicing Situational Awareness.  It is best practiced at a balanced level referred to as “relaxed awareness,” a state of mind that can be maintained indefinitely without all the stress associated with being on constant alert. When people are in a state of relaxed awareness, it is far easier to make the transition to a state of heightened awareness than it is to jump all the way from complacency to heightened awareness. So, if something out of the ordinary occurs, you can easily move to a heightened state of awareness while you attempt to determine whether the anomaly is indeed a threat.

It is also important to trust your gut feeling or intuition. One’s subconscious can notice subtle signs of danger that the conscious mind has difficulty quantifying or articulating. Case studies have shown numerous instances where victims experienced such feelings of danger prior to an incident but chose to ignore this feeling of imminent danger. Trusting your gut feeling and avoiding a potentially dangerous situation may cause you a bit of inconvenience, but experience has repeatedly shown that ignoring such feelings can lead to serious trouble.

Situational Awareness is one of the key building blocks of effective personal security. When exercised by all members of a group it can be particularly effective in avoiding security incidents. The vast majority of crimes and terrorist attacks are those of opportunity that rely heavily on the element of surprise.  When a criminal or terrorist organization loses the element of surprise, they will often abandon their planned course of action. Situational Awareness is a simple but effective art that minimizes the opportunity or element of surprise that criminals and terrorists rely upon.