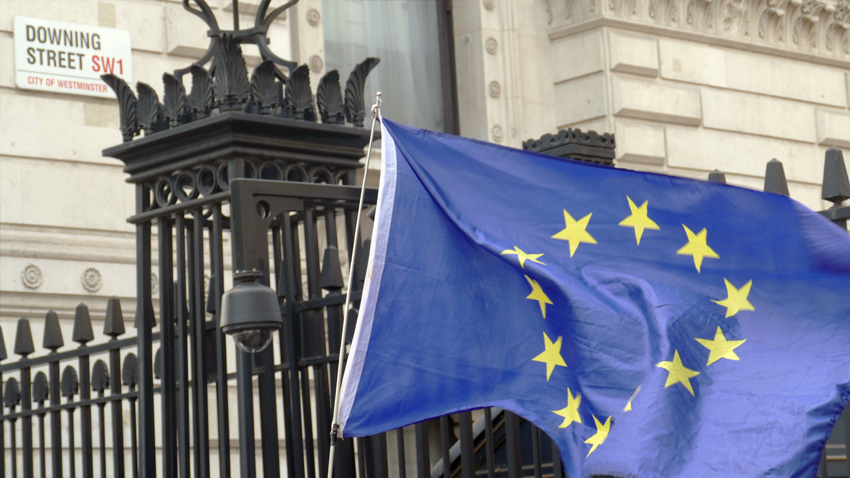 Anyone who has had the experience of jumping out of a plane (and if you haven’t managed that yet, I recommend you add it to your bucket list!) will know the sensation of ground rush.

It is that feeling you get when, having had the initial rush of adrenaline at the exit from the plane, the opening of the chute and then the slow, gentle drift towards earth, at the very last minute you realise that the ground is coming up to meet you at an alarming pace, and then suddenly it hits you with an unexpected thump.

(It may be different with modern chutes – my own experience was forty years ago!).

It is much the same in project management of any sort, but particularly in projects that involve a high level of complexity, and multiple stakeholders each of whom are inter-dependent on the others to deliver their piece of the programme in order that all the other pieces can proceed, and then, hopefully, all come together to create a single, unified cohesive whole at the end of the process.

As with anything involving complexity, that doesn’t just happen, and a successful programme will require both the science of effective design and process management, but also the art of dealing with unexpected problems, challenges and delays, and that’s before you factor in, as it must often seem to the project planners, capricious gods who seem determined to create as much unnecessary, and definitely unhelpful, distractions as possible.

The more complex the project the higher the likelihood that not only will there be unexpected challenges, but that those challenges will have the potential to derail the whole programme – often when the finishing line (and supposed victory) is in sight.

It is at that stage that not only the planners and managers, but everybody involved with the project will need to demonstrate the qualities of agility, adaptability, inventiveness and overall collective support and cooperation that will bring the project home as desired and on time.

The ability to manage that collaborative effort, whilst under significant pressure and with the knowledge of the implications of possible failure always a shadow in the background, is what differentiates successful programmes from less successful ones, or even complete disasters.

The response of the military in 2012 to the failure of G4S to provide the necessary level of security personnel to the London Olympics is a fantastic example of all of the qualities described above. It was not only a credit to everyone involved, but is a case study in how professionals working with professionals, with a clear understanding of the shared objectives and a framework that will support agile decision-making, can turn a potential disaster into an outstanding success.

Other less inspiring examples of what happens when that level of expertise and project management capability are not available are the incomplete status of the Millennium Dome for the Millennium party on 31 st December 1999, and the national embarrassment around the failure of the opening of Heathrow Terminal 5, when the failure of the baggage handling systems (amongst other technical and managerial breakdowns) resulted in mass disruption for tens of thousands of people, and the impact on Heathrow, flyers and the global airline networks for weeks afterwards (and a multitude of headlines with the word ‘fiasco’ in them – never a good sign!).

The common factor between all of those projects was the fact that they had multi-year planning timelines, a clearly fixed delivery date and a level of complexity that meant that the failure of any part of the development and delivery process would have significant knock-on effects across the system.

It is pretty worrying therefore that a programme that has a level of complexity that goes beyond anything that those projects involved, namely Brexit, seems to be coming down to an effort to squeeze all of the complex decision-making and detailed discussion into the very last minutes.

A headline in today’s Times ‘Officials prepare Brexit Bill to pass at breakneck speed’ is not one that inspires confidence. Breakneck speed means that details are missed, checks aren’t made, reviews and learning are not carried out, and significant parts of what would be considered ‘best practice’ are entirely by-passed. The fact that this is not only the most complex programme that any of those people will have been involved with but that, because of lack of resources, many of them will not have the experience required to manage a project of that nature in the first place, and certainly will not have an understanding of the significances of the decisions that they are making, means that it is almost certain – in fact, I am prepared to say it is absolutely unavoidable – that what will be the outcome will be a failed programme that will only create additional, and potentially irreversible, damage once the agreement has been finalised and the decisions have been made.

European Commission President Ursula von der Leyen said ‘After difficult weeks with very, very slow progress, now we have seen in the last days better progress’. Those weeks when there was nothing happening was exactly the time when details could have been discussed, alternative options explored and an agreed outcome decided upon.

The first and most vital lesson that a project manager learns is that the most valuable resource you have is Monday mornings. Every time another Monday morning goes, that is another week gone forever – and you will always regret the time not utilised as you come closer to the finishing line.

And then when you think that you have something on the table that everyone can agree to …. ‘President Macron of France will not agree to a Brexit trade, security and fisheries deal until it has first been translated into French’. (That is an agreement of 600 pages, with hundreds of annexes, all extremely technical, and all requiring detailed negotiation over specific terminology).

The use of the word ‘unprecedented’ has undoubtedly been over-used in the last few years but, from any perspective, the whole Brexit programme is unprecedented, both in its complexity and in the long-term implications of its multiple impacts on almost every aspect of British society.

The fact that it is being done at breakneck speed by people don’t have specific expertise at a time when the world is already suffering from the impacts of Covid-19 – well, my feeling is that this will make Terminal 5 look like a dolls tea party. My betting is that, once again, there will be no shortage of headlines with the word ‘fiasco’ in them.

P R E V I O U S
What Is “Deep Uncertainty” And How It Relates To “Black Swans” And “Wicked Problems”?
N E X T
Climate Change