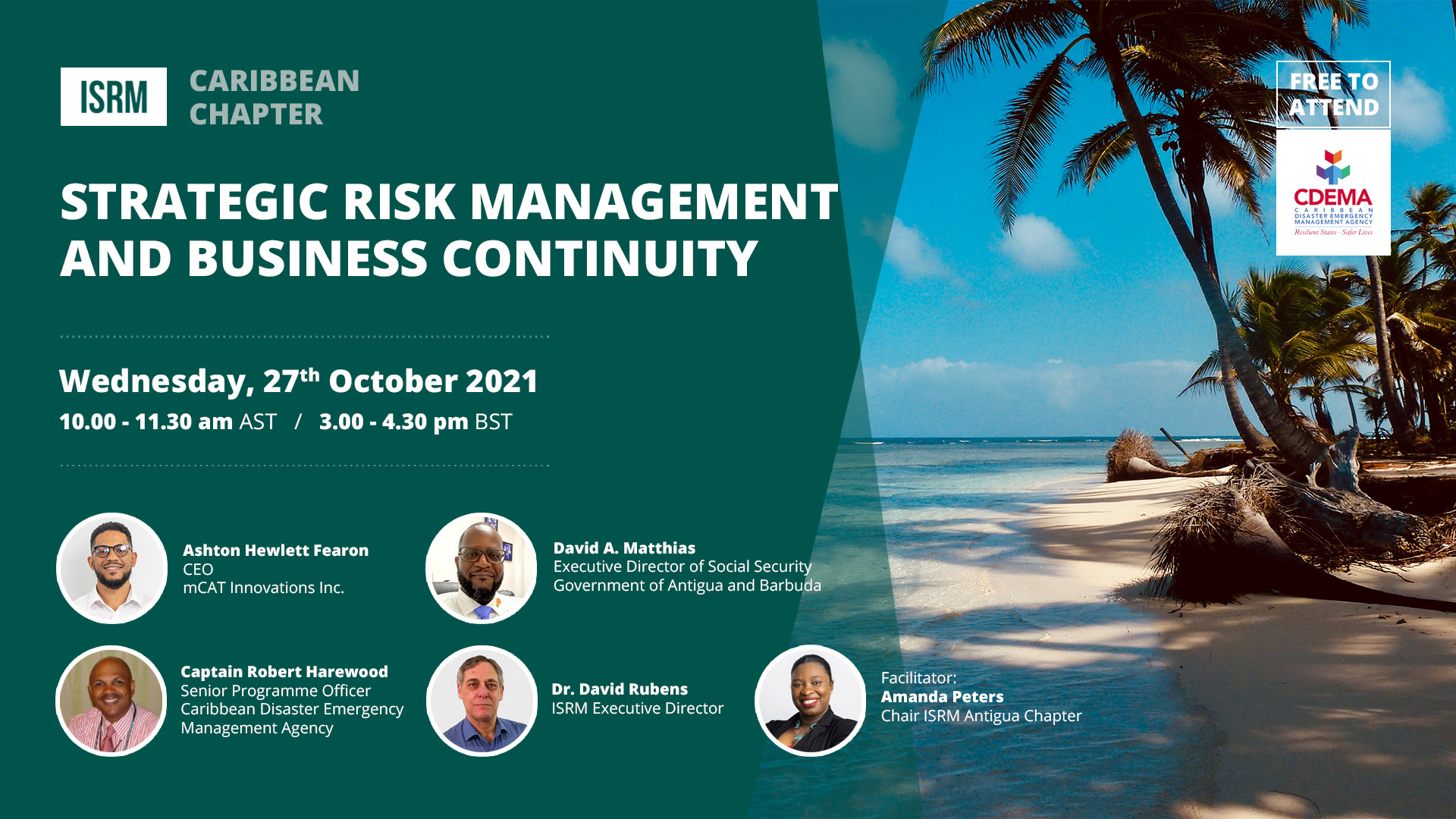 David Matthias has been Executive Director of Social Security for the Government of Antigua and Barbuda since June of 2009.  In this role, he is responsible for managing the social protection system of the country, Social Security, which provides income replacement  for the sick, and disabled, inclusive of a pension.

As a Fellow of the America's Project, David contributed to "The Political consequences of Economic Turmoil in Latin America," which was published in 2002 by the James A. Baker Institute, Rice University, founded by the Former Secretary of State, James A. Baker.  He is also an adjunct lecturer at the University of the West Indies, Five Islands Campus, School of Business and Management.

His qualifications include a BSc in Sociology and Psychology from the UWI, an MSc in Risk, Crisis and Disaster Management from the University of Leicester, and a Professional Diploma in Project Management from Cambridge University. During his career in Emergency Management, Robert has developed several national and regional emergency operational procedures and plans, facilitated training workshops and exercises (both nationally and regionally), and deployed as a member of the CDEMA Regional Response Mechanism to numerous crisis and disaster events within the region as part of the CARICOM Operational Support Team (COST) or the Rapid Needs Assessment Team (RNAT).

Mr Fearon is the CEO and Co-founder of the technical research and consultancy firm mCAT Innovations Inc.. A firm focused on enhancing business to consumer experiences through the use of technology. A so-called “techno-preneur”, Mr Fearon has led the production of several applications including TickeTing, the mobile ticketing and events management platform, and Frübi a fintech start-up aimed at making it easy for small businesses to do business online.

Mr Fearon is an adjunct instructor at the UWI Open Campus in the field of Project Management, and has also held the position of General Secretary for the first registered Association for Technology Professionals in Antigua and Barbuda – Silicon Dadli.
Mr Fearon holds a Masters in Digital Solutions (IT Consultancy) and a Bachelors in Computer Networking, both from the London Metropolitan University, and is a certified Project Management Professional (PMP).