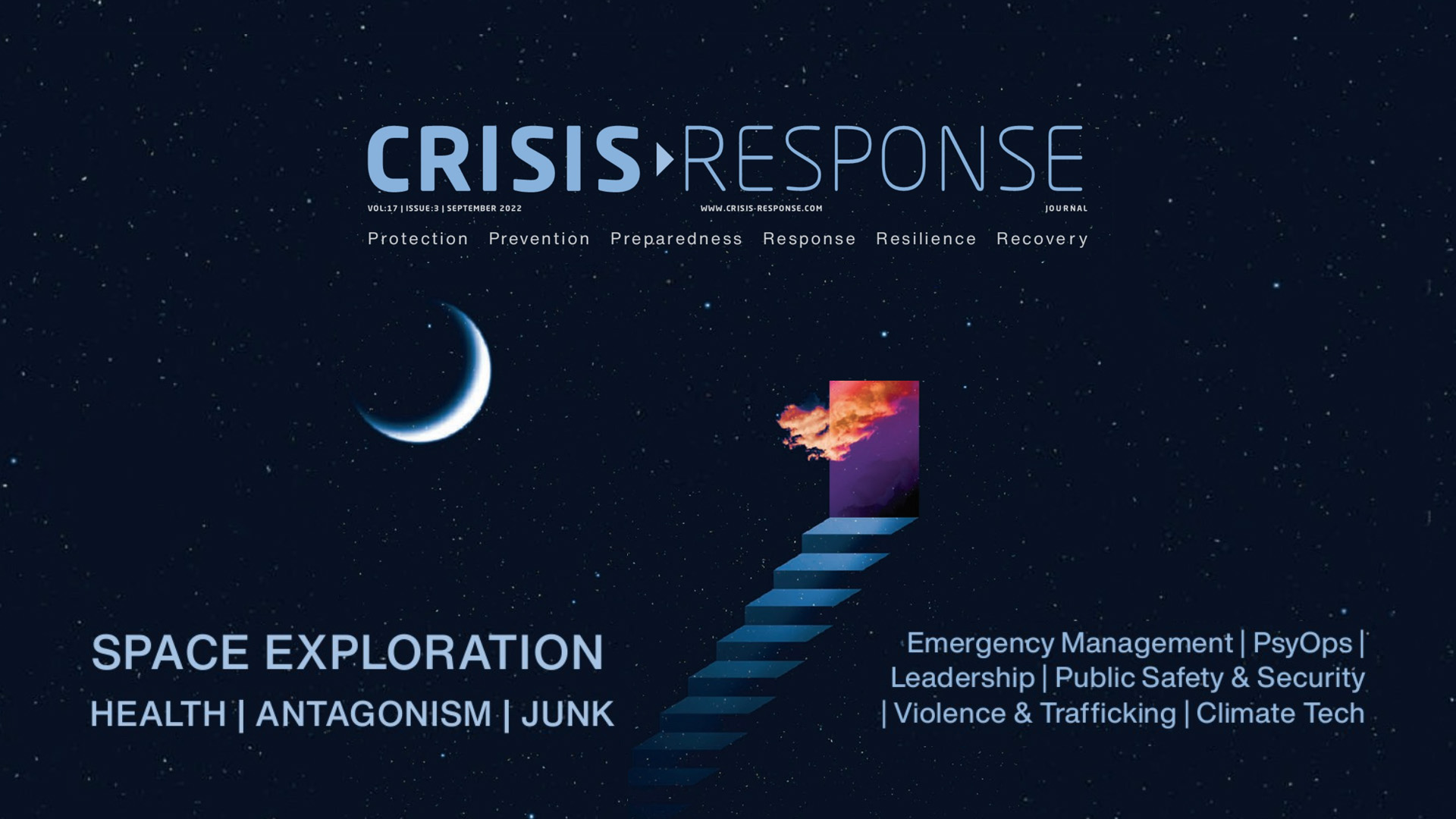 Brand new issue of Crisis Response Journal from September 2022 is out now!

"On p76 of this edition I talk to Purna Sen, who appeared in a BBC documentary featuring whistle-blowers. She discusses the sexual harassment of people working at the United Nations, and examples of sexual exploitation and other abuse of those who its agencies are tasked to help. At the core of such abuses lie strict hierarchies and power that cannot be challenged, as well as the malignant construct that the mistreated person is often somehow at fault.

On page 14, I speak to Lucy Easthope; one of the areas she talks about is the very real risk of responders causing further distress to those affected by a disaster, often through poorly thought out policies that fail to centre humans at the heart of planning. Easthope also highlights hierarchies and the difficulty of challenging power.

One example of unintended consequences in technology arises on p48, where our authors warn that the 2G/3G switch off could leave Europeans travelling to the USA unable to call 911 emergency services through their cell roaming provider.

On p24 I speak to Wake Smith about the range of possible, and rather concerning, technologies that could help mitigate the effects of climate warming on our planet. Smith is calling urgently for more research to avoid any unintended consequences of deploying potentially life-changing technology on a global scale - the 'least bad' options - without understanding what could go wrong.

Elsewhere (p80), authors outline our vulnerabilities to what is happening in outer space, warning of the consequences that space debris and shifting political alliances could have down here on Earth. Here, at least, governance consensus might be forming.

It is impossible to sum up the burning indignation that the CRJ team felt when reading some articles for the first time. Among those outlining violence against women in conflict or after disasters, abuse of power and exploitation, or the self interest and slow action surrounding global climate governance, there are many articles that offer hope. But they are in danger of being overwhelmed by those that highlight human malice, ineptitude or plain indifference."

Available free to read or all  ISRM members in the Members Portal.