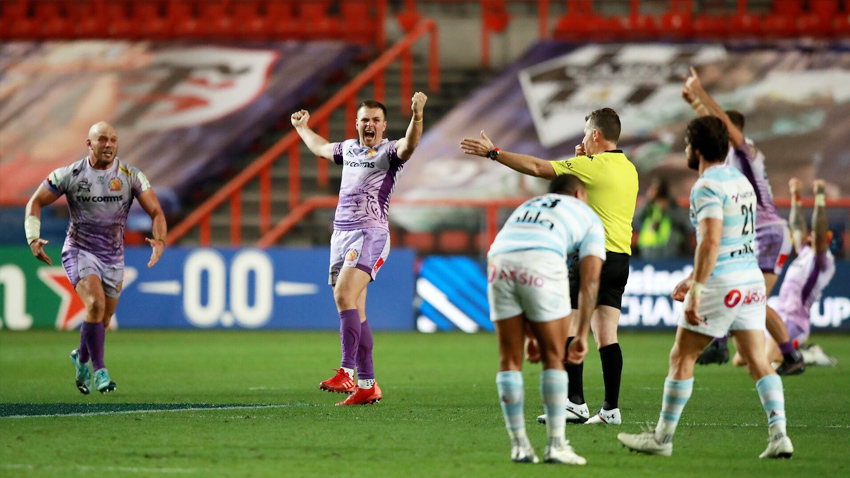 Why I Love Nigel Owens

Unless you are a Rugby Union fan, the name Nigel Owens will probably not mean much to you.

If you are, you will probably share the widely held belief that he is an absolute legend of the game, up there with global greats from this and previous generations. What is rare about Owens is that rather than being a superstar player or world-beating coach, he is in fact a referee.

In a world where referees are regularly seen as evil, weak, incompetent (and often visually impaired!), Owens stands out as someone who has universal respect from players, administrators and fans. He is probably the only referee to have his own compendium of ‘Greatest Decisions’, and to be liked, admired and respected across the game.

As is often the case with legends, the status comes for a combination of who he is and what he has done. He is not a shouter, and gives the impression that he actually likes the players he is refereeing (which is not always the case!), but he has a calmness and a sense of absolute integrity that creates its own aura of authority. It also helps that he has not only an encyclopaedic understanding of the laws of the game (which you would think is the minimum standard for an international referee), but he has a genuine feel for the game and an ability to make split-second decision concerning the tiniest of differences between allowed and not allowed, within the complexity of the rugby match itself (rugby union is widely regarded as one of the most complex games in terms of refereeing and correct decision making), and often in European or World competitions where his decision can mean the difference between ever-lasting glory and ignominy.

On Sunday, Nigel was once again at the centre of a significant match – the European Champions Cup Final between Exeter Chiefs (England) and Racing 92 (France). At the end of what was widely considered to be one of the great games of recent years, Racing were four points down, with seconds to play. In what seemed to be the last play of the match, Exeter were given a penalty, which they scored. It was at this stage, that the fog of war descended. Owens had asked the off-field Time Keeper to add an additional five seconds to the clock, because of time-wasting. When the Exeter penalty had been converted, there were three seconds showing still to play. That would have allowed Racing to re-start the game, and would have given them a chance of getting the needed points to turn defeat into victory and see them crowned as Champions of Europe (once re-started, the game would not be over until the ball went out of play).

Owen looked at the clock, and realised that for some reason the match clock had not been restarted at the correct time as the penalty was being taken. It was at that stage that he asked for clarification (on live television, five seconds from the end of the biggest international match of the year) from the Television Match Official (TMO), who has the role of supporting the on-field referee in the event that there are things that television can clarify that are not clear on the pitch.

- Owens: Hang on, hang on. Time out. We need to be clear what has happened. Hang on. I’m checking here now. The time keeper didn’t put it on for some reason. Wait a minute.

Captain please come here. I’m going to check with TMO if the clock had gone 80 before the kick is over. If it was it is the end of the game. If it’s not we will be kicking off. Okay? Apologies for this. Right, TM, please confirm for me if time was up before the kick was over?

- TMO Ian Davies: Okay Nigel, I will explain what happened. You asked for time to go on. We were working with the producers to get that clock turned on. They were unable to do so when you asked. Okay? However, when the ball crossed the posts it was around 79:57. Okay? The clock should have been in excess of 80 because the clock was not put on.

- Owens: Okay, so you’re telling me… all I want to know is when the ball went over the posts was the time up, yes or no?

- TMO: Technically, yes the time was up.

- Owens: I don’t want your technically. I need to now is the time up yes or no please when the ball went over the post.

- TMOs: I will repeat, when you asked for the clock to be put on we were unable to do so on the TV.

- Owens: Right, so the time is over, you’re telling me?

That is a typical example of where processes and protocols work perfectly – until they don’t. The fact that it happened in the dying seconds of a knife-edge game in the most important match of the year, and on live television, just adds to the drama.

Once Owens asked the TMO whether the time was up, there were basically only two appropriate responses: ‘Yes Nigel, time is up, you can blow the final whistle’ or ‘No Nigel, there are x seconds remaining, you can have one more play’.

As soon as Owens heard the words ‘Okay, Nigel, I will explain what happened’, he must have known that this was not going to go as planned. Even after he asked for clarification, Ian Davies, the TMO, did not give an answer that in any way helped make the decision.

The fact that the conversation reached its conclusion without any bleeping out being needed, and complaints flooding in to the Television Commission about the use of bad language on air, is a tribute to Owens, his calmness and his professionalism. But the fact is, he should have been able to expect the same level of professionalism from the TMO. Ian Davies is not a beginner. He is an experienced professional rugby referee. He must have known when Owens asked him the question what was required – and must have also known that the answers he was giving was not what was being asked for.

To put it in a phrase I use when discussing decision-making in crisis management contexts, it was a ‘dereliction of duty’. At the exact moment when Owens needed the TMO to fulfil his role – namely to give clarification for a situation that was not clear on the field of play – that support-giving and decision-making capability disappeared.

The lessons to be learned? Firstly, it is only when you need those crucial decisions that you find out how effective the decision-makers really are. Secondly, it is when you are at the moment of greatest stress and pressure that those processes will fail you. And thirdly, and perhaps most importantly? It seems to me, that the final lesson is clear: If you are in a crisis decision-making situation – try and make sure that Nigel Owens is standing next to you!