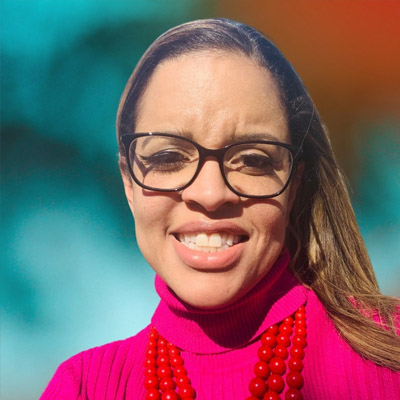 Vanessa Russell has developed children in the area of dance, teaching hundreds, ages 3-25, lyrical, flags, hip hop, mime, since 2000. In 2010 one of her 15-year-old dance students was sold into human trafficking. Although she was eventually located and is now being restored, Vanessa encountered many others who, like her student, were US born women, men and children trapped in modern day slavery.

Her response was to launch Love Never Fails, a non-profit dedicated to the restoration, education and protection of those involved or at risk of becoming involved in domestic human trafficking. Love Never Fails has educated thousands of children and community members on the issue of human trafficking, opened four homes that provide long-term safe housing and restorative services for over 176+ women, men, youth and children impacted by human trafficking and launched an IT Academy connecting under-served community members with financially sustainable careers. Vanessa believes that the issue of human trafficking can be solved through love expressed in prayer, safe housing, mentoring, job training, outreach, and education.