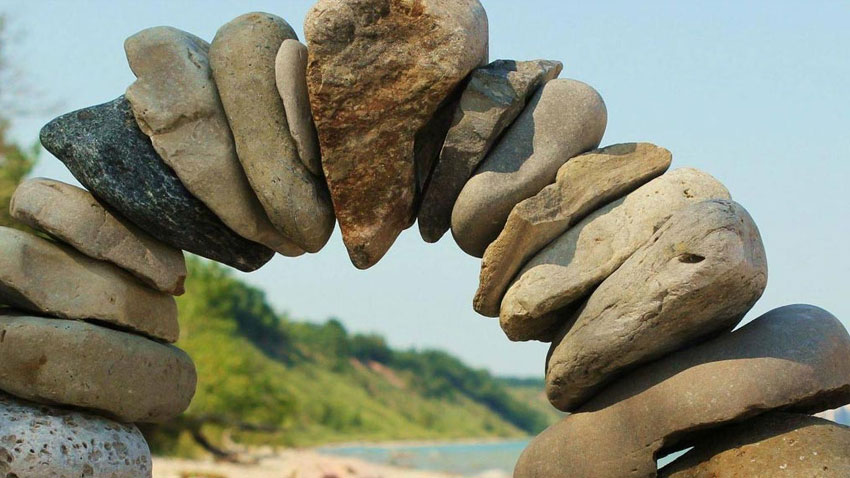 Keystone: The wedge-shaped stone piece at the apex of a masonry vault or arch, which is the final piece placed during construction and locks all the stones into position, allowing the arch to bear weight.

Resilience is a word that has become fundamental to many aspects of our society outside of traditional security and risk management. Transport systems need to be resilient, as do supply chains. Whole economies need to be resilient, as does technology or football teams that are on a losing streak. It seems that everyone agrees that resilience is a quality that is really good to have – but there seems to be little understanding of what that actually means – and even less understanding of what you need to do to ensure that you have it.

As with so many words that are thrown around as ‘buzz words of the day’, many of the people using it would have difficulty in explaining it, though they know what they think they mean when they use it. In its simplest terms, resilience is used to denote the quality of being able to adapt to changes in the surrounding environment, and to maintain operational functionality in sub-prime conditions. It also includes the ability to recover, and return to its normal operating position without permanent harm. A rubber ball is resilient – a china plate is not. To use a phrase made famous by Iain Dowie, ex-manager of Crystal Palace, resilience is the quality of ‘bouncebackability’.

From a risk management perspective, resilience is perhaps the all-embracing quality that you would like to see in your organisation. It means that you are able to adapt and respond, to continue to operate, to deal with problems effectively, and at the end of the day to come through the storm to safe waters on the other side of the crisis. If the one quality that Napoleon wanted in his generals was that they should be lucky, then the one quality that we should look for in organisations is that they should be resilient.

There have been many books and articles written on the qualities associated with resilience, but the qualities that are widely used when describing how an organisation can become resilient usually refer to the ones listed by the Resilience Multidisciplinary Centre for Earthquake Engineering Research (MCEER).

They are Robustness, Resourcefulness, Redundancy, and Rapidity.

Robustness describes the general toughness of an organisation, its preparedness to take a bit of pain, the way that it understands that things will not always be smooth or easy, and its acceptance that the ability to roll with the punches is all part of building its success. There are many great footballers and rugby players who are considered to be at the top of the tree in terms of skill but their managers are always concerned that they are not ‘robust’. They tend to get injured, and small injuries tend to disrupt their availability. Other players with less skill would be considered much more robust, able to play week in, week out, with all of the minor aches and pains that are part and parcel of a professional sportsman’s life.

Resourcefulness describes the quality of being able to find solutions, to work things out, to make things happen. Resourcefulness is a quality that needs to be embedded at every level of an operation, from the C-Suite to the frontline operator. Anyone who has been involved in security operations, and especially those that are moving towards emergency response, knows that resourcefulness is something that is absolutely critical to operating in the fast moving, high pressure environment associated with any sort of crisis. However good your planning and preparation may have been, once the situation takes on a life of its own, it is the ability of everyone involved to find innovative solutions to immediate problems that will decide the success of the response operations or otherwise, whether it is the tactical commander, logistical manager, communications engineer, lighting technician or the person responsible for ensuring that there is food and coffee available for those that need it.

Redundancy is the quality that allows the organization to continuing functioning despite the failure of any particular part of the operation. Redundancy (spare capacity) is one of the critical aspects of organizational management that ensures that critical failure points have multiple alternative delivery pathways that will allow operational status and service delivery to be maintained. It is a surprising aspect of many emergency plans that they are actually full of ‘single path critical failure points’, which means that if one aspect of the operation fails, then the operation itself becomes non-viable.

Rapidity is the ability of the organization to adapt to changing circumstances in a speedy manner, developing innovative solutions and integrating them into their wider operating framework so as to minimize any potential disruption. It is always amazing to see how organisations that are considered world class In their core areas of operation have a genuine lack of understanding as to how crisis events escalate, and the demands that that will make on their organization. The ability to acknowledge problems as early as possible in their development cycle, and then to develop solutions that can be delivered as fast as possible in order to minimise disruption and harm, is crucial to ‘getting ahead of the curve’ in crisis management, rather than responding once events have moved on.

A further quality associated with successful response is Community Capital. That involves all aspects of interaction between the various people involved in a response, and presumes that if they have already met each other, recognise each other as dedicated and capable professionals and have a good working relationship, then the likelihood is that they will manage the response together better than if they either have never met each other before, or come to the situation with an active distrust of the other. Community capital can be developed in many ways – shared training programmes, cultural events, charity activities or a shared dining room, but as always, it is something that can be enhanced through active management policies, based on a clear understanding of the value that shared experience brings.

A good case study of a successful emergency management operation that undoubtedly benefitted from the strong community capital was the Fort Worth tornado in Texas in 2000. Although not a spectacular event, it caused significant damage in the area, but the fact that the directors of the various response agencies knew each other through local clubs, and had a social relationship, underpinned everything else that happened. Because they were in a relatively small town, the different agencies worked with each on a regular basis, and they liked and respected each other. As one person commented ‘It was so nice to pick up the phone and say ‘I need 500 mats’ and they say ‘when and where do you want them?’.

The truth about resilience is that it is a reflection of what an organisation is rather than of what it does. Resilience cannot be added on as an after-thought, or left to one particular department to be responsible for its development and management. However good your crisis and risk management plans may be, it is their ability to survive in the challenging and unstable environment that is intrinsic to any crisis event that it their true test of value.