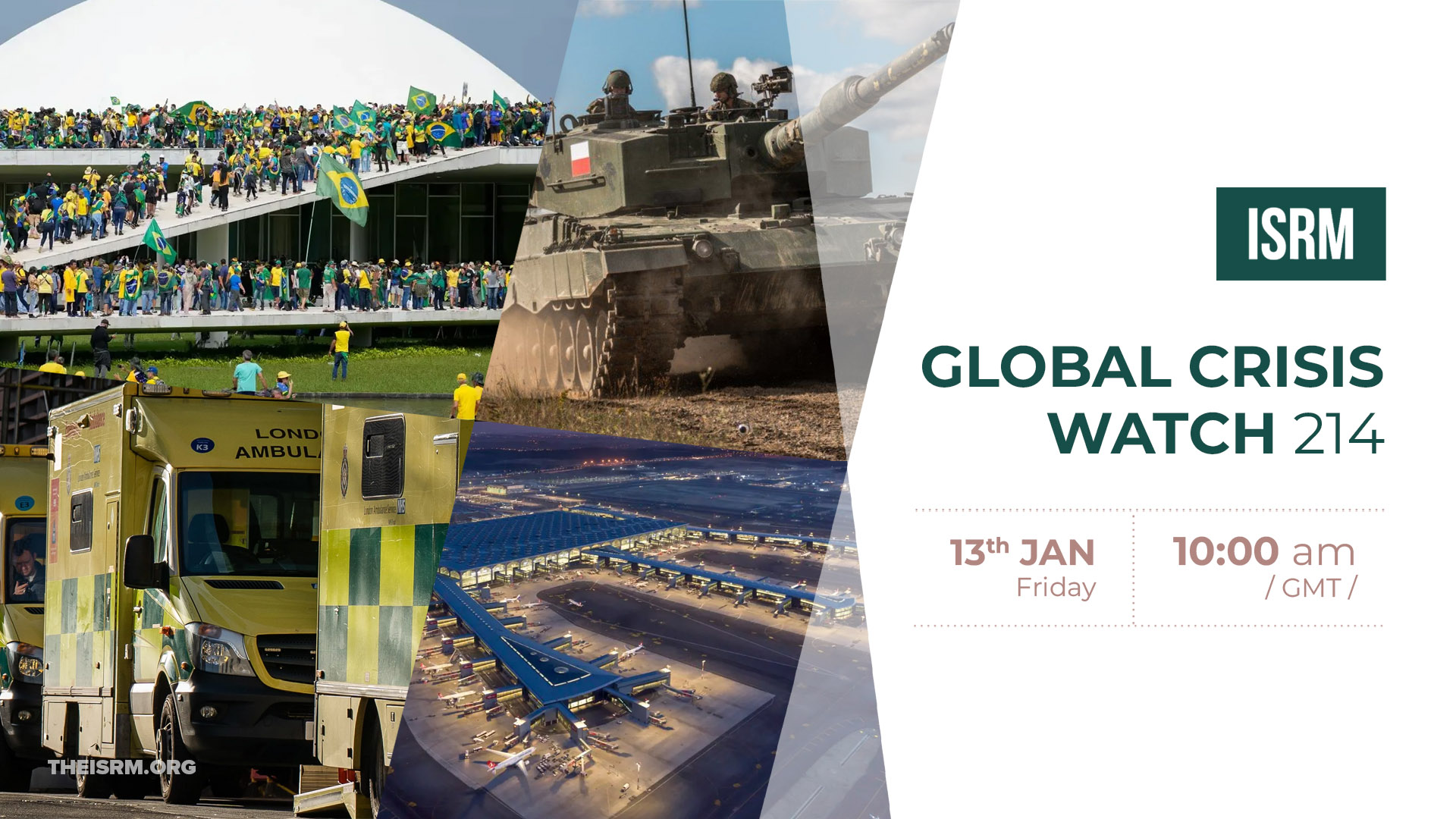 As we move into 2023, the year seems to be finding its groove.

In Ukraine, US, Germany, France and UK are providing battle tanks and air-defence systems - but according to many report, not in the numbers that would have significant impact.

President Zelensky has said that the war will be won this year – in all likelihood because he is aware that by Winter 2023, it is likely that many of the supporting powers will have grown tired of supporting what will start to be yet another ‘endless war’, and will ask themselves what the final outcome could be.

In Brazil, in scenes reminiscent of the Washington Capitol invasion of January 6th 2022, supporters of former President Bolsonaro stormed Brazil’s Congress, Supreme Court and Presidential Palace following his defeat in presidential elections. Although Bolsonaro was holed up in Florida, his supporters claimed that victory had been stolen from him, and that the results of the election that saw left-wing candidate Luiz Ignacio Lula da Silva, better known as Lula, returned to office once again, following his first two terms in office between 2003 and 2010, were invalid.

If the events are reminiscent of the Washington scenes, it is largely because the people behind them have been using the same play-book, rhetoric (‘God, fatherland and family’) and disinformation tactics.

In the UK, the year has settled into its routine – strikes, inflation and Harry and Meghan giving more ‘insights’ into their world. The NHS is close to collapse, and all semblance of management seems to have disappeared. It is common for people to be waiting three days to be admitted to a bed, and it is clear that staff (who are universally recognised as heroes and angels) have lost control and are trying to do what they can with resources that are simply not appropriate to the demands made upon them.

Traces of uranium were found in package at Heathrow airport apparently sent from Pakistan to Iranian residents in the UK, but the authorities have said that it is not clear what the purpose was, but that there was no danger to the public. After the incidents of Poliium-210 in the Litvinenko case (2006) and Novichok in Salisbury (2018), it is heartening to know that at least one part of the national security framework seems to be functioning.