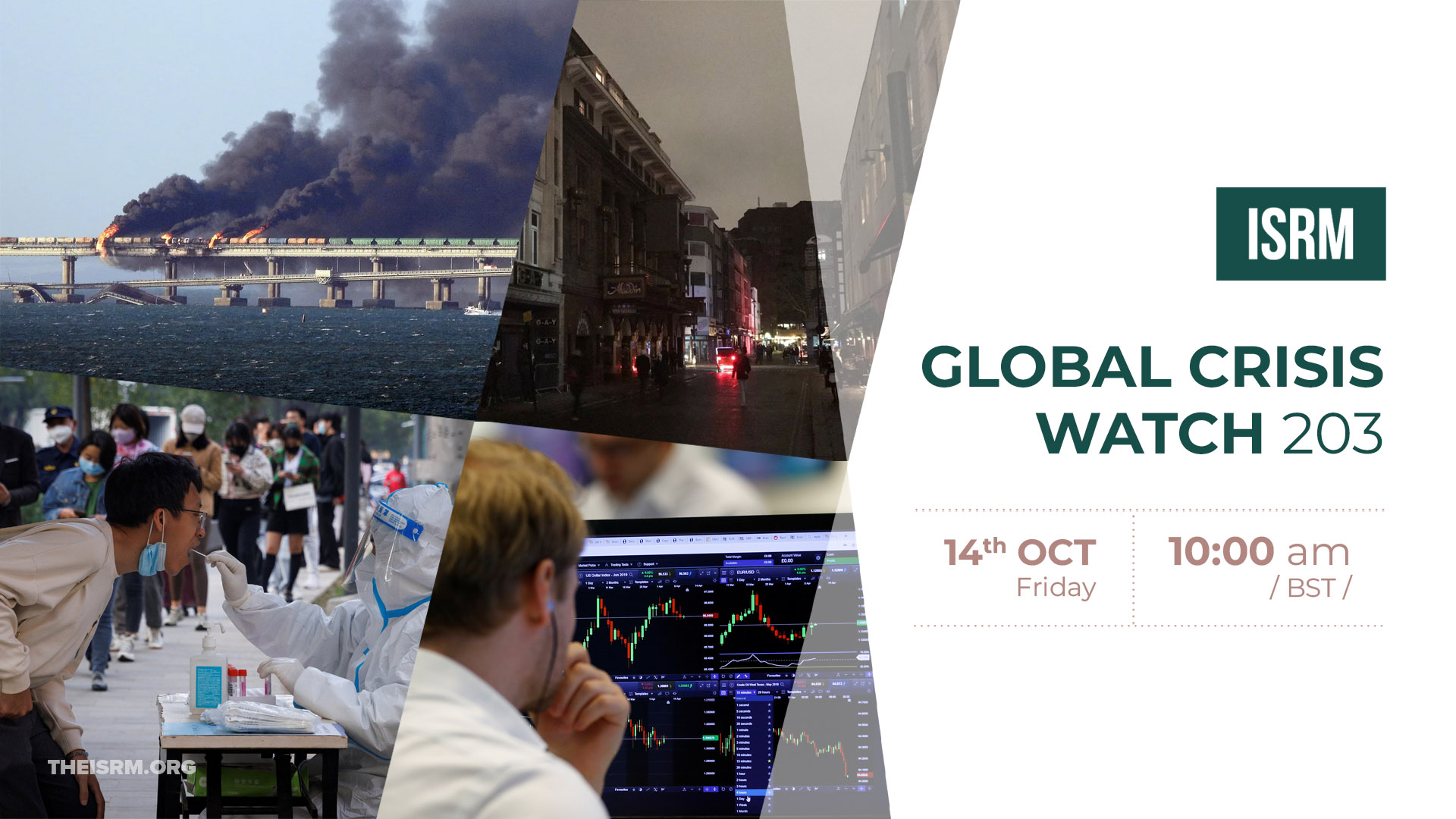 Last week’s Global Crisis Watch discussed the credibility of the possible use of tactical nuclear weapons by Russia as part of their Ukraine offensive. President Biden had used the word ‘Armageddon’ to describe the possibility, claiming that we were closer to the possibility of nuclear war than at any time since the Cuban missile crisis of 1962.

Since those comments were made, Ukraine has successfully attacked the main bridge linking Russia and the occupied Crimea, an outcome that has massive significance both militarily and psychologically.

Coming the day after President Putin’s 70th birthday, and against a target that was considered to be impregnable due to its defence in depth, the attack drew almost immediate response from Russia, with artillery attacks on eight separate Ukrainian cities.

Given the accuracy of modern artillery, the fact that the targets were those where there was the high likelihood of civilian casualties, it can be presumed that the attacks were designed to create fear and terror as much as to have military impact.

Putin has also called the attacks on the Nord Stream gas pipelines ‘terrorist acts’, blaming Kyiv and warning that all global infrastructures are potential targets for terrorist attacks.

Global financial markets continue to be in a state of instability, with the International Monetary Fund warning of the impacts of global volatility, particularly for those economies that are already poor and distressed.

Covid-19 numbers continue to rise, and there is the same fear in the northern hemisphere of the impact on national health systems as there has been for the last two winters.

And, as governments across Europe impose tight power management policies to minimise the use of electricity in the run-up to winter, UK Prime Minister Liz Truss has cancelled a £15m public education programme concerning the best ways to reduce energy usage (and therefore cut energy bills), because ‘it is not the role of the government to tell people how to live their lives’.

Join us for Global Crisis Watch 203, and be part of our on-going global discussion.