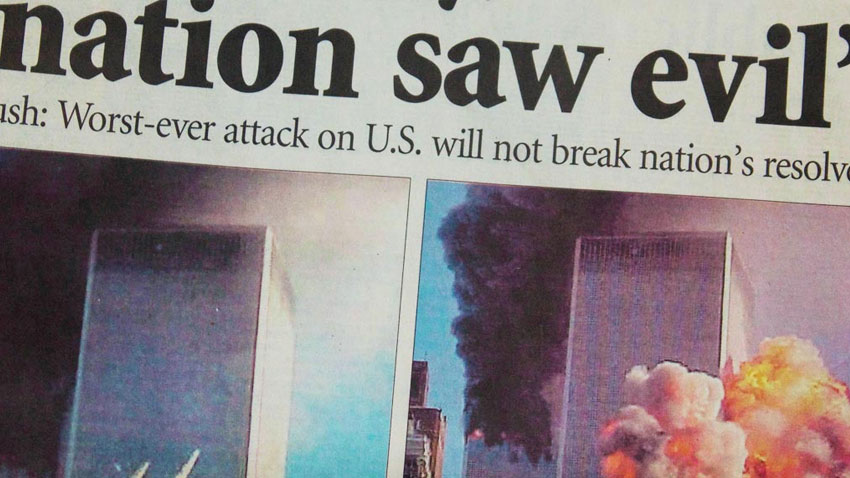 This new series by David Rubens will identify some of the major issues involved in developing a multi-agency Incident Command System appropriate to today’s hyper-complex crisis and disaster management events.

The nature of crises has changed radically in recent years, so that rather than being merely ‘major incidents ‘ or ‘routine emergencies’, they are now characterised by hyper-complexity and the catastrophic impact of their consequences. The centralised command systems that have traditionally been considered the bedrock of crisis response programmes are repeatedly failing to stand up to the challenges posed by this new class of crisis, and it has become clear, following incidents such as 9/11 and Hurricane Katrina, that new forms of non-hierarchical, decentralised decision-making and strategy-setting frameworks need to be developed.

A series of recent events across the world has significantly tested the fundamental assumptions underlying current methodologies. These have included the power blackouts that affected 600 million people across northern India; the consequences of the Fukushima tsunami and earthquake which, within a few days, left Tokyo on the edge of being a city without food; volcanic activity in Iceland that disrupted international travel across Europe, and increasingly frequent banking IT failures that have left tens of thousands of people to survive purely on the money that they happened to be carrying at the time.

In the scale of their impact and complexity, these situations transcend any traditional concept of crisis management frameworks or organisational jurisdictions. The failure to deal with these primary issues and their secondary consequences effectively, and in a timely and well-managed manner, can no longer be seen as simple management failures, but as a challenge to the legitimacy of governments tasked with ensuring public safety, and with potential implications as to the social, political and economic continuity of a country.

Traditional crisis management is based on the concept of ‘managing the gap’, whether it is the period between crisis cognition and actual triggering – which gives time to develop and deliver preventative measures – or the time lapse between triggering and full-scale escalation – which allows time for the introduction of mitigating measures. In a world of apparently spontaneous triggering of potentially catastrophic events, and instantaneous cascading of complex consequences across trans-boundary and often global geographical spreads, the luxury of that time gap no longer exists. The emergence of ‘unthinkable’ and ‘inconceivable’ crises characterised by catastrophic impacts and hypercomplex consequences means that modern crisis management has become less concerned with the prevention of catastrophe than in managing its aftermath.

Despite the traditional understanding of crises as existing in the corner of the risk matrix marked by high impact / low likelihood, situations such as those listed above can no longer be seen as improbable and rare events. The number, magnitude and impact of natural disasters are all showing an upward trend, and the scale, impact and complexity of their consequences on state and regional stability have increased beyond the scope of the original conceptualisation of managed crisis response.

The increasing interconnectedness and interdependency of the global community, which has led to a growing inability to control, or even understand, the governing mechanisms by which our basic social networks are managed, means that crises today, more than ever, are becoming unknown unknowns, to paraphrase Donald Rumsfeld. To put it even more starkly, rather than approaching these problems from a position of tabula rasa, confronting them may be considered as entering complete terrae incognitae, as Patrick Lagadec has put it.

With a triggering and escalation period of seconds, rather than hours, days or weeks as in the past, the world is now permanently on the edge of a potentially total systems breakdown, and there is nothing that we can do about it. The increasing complexity and cascading nature of present day crises means that we can longer rationalise them in terms of control or management, but only in terms of recovery, and in many cases, survival.

While the nature of crisis has changed, it is questionable as to whether our understanding of the requirements of effective crisis management models and methodologies has evolved to the same degree. The 9/11 attack on the World Trade Center called into question many of the issues involving effective management of, and response to, ‘unthinkable’ crisis scenarios, but it was the widespread failure to respond effectively to Hurricane Katrina and the subsequent damage and suffering in New Orleans that called into question the viability of extant CM methodologies and capabilities. The failure of the traditional highly-centralised, hierarchically-based command and control CM system, which was accepted as the default foundational system for both theoretical and administrative approaches to crisis management, led to a call for a: “Redefinition of organisational framework and standard terms of emergency management.... that fit the reality of practice in extreme events.”

Rather than simply adapting existing methodologies, this process of ‘double loop learning’ would call for a concerted attempt to change the paradigm within which crisis management is conceptualised, based on a fundamental questioning of underlying policies and basic practices.

This paper offers a reappraisal of crisis management models, taking cognisance of both the reality of the failures of traditional CM management methodologies in the face of 21st century challenges, and theoretical research and empirical evidence concerning non-traditional decentralised command systems. In doing so, it will follow on from the work of other authorities concerning the need to develop alternative CM and decision-making processes appropriate to the realities of modern crisis scenarios.

The attacks on September 11, 2001, Hurricane Katrina, Fukushima, Haiti and similar incidents in other jurisdictions, have dramatically shown that any model of CM that claims to offer solutions to the threats that the world is facing in the 21st century will need to demonstrate an ability to react and respond in an environment defined by catastrophic crises and hyper-complexity. CM command systems across the world, but most notably in the US, are firmly grounded in a centralised,hierarchical model of command and control. These are often accepted as the de facto default setting for CM, especially following the development of the formal Incident Command System (ICS), in response to what was seen as failures in multiagency capabilities during Californian wildfires in the 1970s.

The US Department of Homeland Security-mandated Federal Emergency Management Agency (FEMA) ICS follows this model, irrespective of the nature or scale of incident it is dealing with, a requirement that was maintained even after the policy changes following Hurricane Katrina. Such centralised command systems are based on a military model of command and control, in which a strictly pyramidal command structure has unity of command as the guiding principle. However, there is also an increasingly sophisticated understanding of how the ICS framework can support the development of enhanced capabilities able to respond to the chaos and confusion of what might be called ‘normal crises’.

As such, it is able to adapt its role to the needs of a coordinated multi-agency network management approach, rather than being stuck in a systems-led hierarchical command system. However, its fundamentally hierarchical structure is precisely the weakness that makes it inherently incapable of adapting and responding to the rapidly escalating levels of infrastructural breakdown that is a fundamental feature of a true crisis situation. It is this attempt to extend the domain of rationality and bureaucratic organising to the uncertainty and often chaotic disaster environment that has led to repeated and systemic failures of crisis response programmes, precisely when they are most needed.

Although the centralised command system is considered a rationalistic response to the pressures created by a crisis situation, in that it allows decision-makers to make fast decisions, decide on specific response strategies and bypass normal bureaucratic channels, the concentration of power within a small group of homogeneous senior managers can create an environment where issues of personal power and influence override the need to create immediate and innovative responses.

Although it would be nice to presume that the pressures and potential catastrophic damage inherent in crisis situations would create an environment where all actors were cooperating for the best interests of the wider community, unfortunately that is not the case. The choice of who is in and who is out is in itself a political decision, and often results in a decision-making cabal comprised of self-selecting experts, who set up exclusionary barriers based on their own bias.

While such small-group thinking creates pressure on its members to compromise on hard decisions in order to maintain group cohesion, overly prioritising group cohesion can also lead to faulty decision-making. Even in the heat of crisis management, the over-riding law of the organisational jungle may well remain that the self-serving and identitydefining competition for power and influence will often trump the need to support others within that circle.

Although it is the unique nature of each crisis that underpins the failure to respond to and manage them appropriately or effectively, the operational reasons for failures are often both simple and predictable. Once an incident goes beyond normal operational status and escalates into unfamiliar challenges, the subsequent breakdown in response capability is almost inevitably identified as being down not to the nature or scale of the outside event, but rather to a breakdown in what should be fundamental incident management functionality. Official reviews into major CM failures like Hurricane Katrina, Fukushima and the Anders Breivik massacre (Norway, 2012) repeatedly identify the same five fundamental organisational weaknesses: Lack of understanding of the nature of the crisis; lack of realistic modelling of required responses; lack of leadership; lack of effective communication; and lack of inter-agency capability.

These are in line with one of the most comprehensive reviews of crisis disaster management that there were likely to be critical problems concerning communication and information flow, authority and decision-making, and failures to manage increased coordination and a loosening of the command structure. As the 9/11 report unequivocally stated, aside from the specific operational issues, the underlying fault lines in the government’s failure to develop an effective crisis management capability were founded on its: “Broader inability to adapt how it manages problems to the challenges of the twenty-first century.”