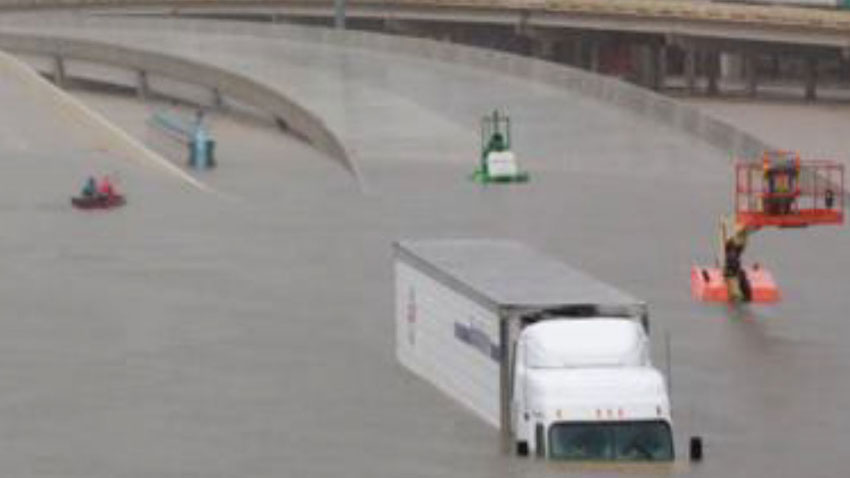 For a number of years I have been using changing weather patterns and the impact on global mega-cities as a central case study for our risk and crisis management training programmes. I have used examples from South East Asia (mainly Bangladesh) as an example of a country and society that sees catastrophic flooding as a natural part of its seasonal cycle, but have also used examples from the impact of severe weather on major cities such as New Orleans and Hurricane Katrina (2005), and the flooding in Paris (2016) and across central Europe involving the Elba and Danube drainage basins (2013).

With the backdrop of flooded cities on the screen behind me, I have said that, in my opinion the people in the training room were, within their working lives, likely to see a world under water for a significant part of the year. We have then gone on to discuss what significance that would have for city planners in general, and crisis managers in particular.

Given the news over the past few days, it seems that my time-line for the arrival of such a situation had been radically mistaken, and it may be that we are already entering a world where the distinction between ‘dry land’ and ‘flooded areas’ can no longer be maintained.

Hurricane Harvey in Texas brings back the indelible images we associate with Hurricane Katrina, and the current catastrophic flooding in Mumbai has affected not only a major Indian city, but also a major global financial center. However they are only the major stories that capture the headlines in international news channels. The situations, and the consequences they bring with them, in countries across the world, can no longer be seen as outlier anomalies, but must be recognised as indicating a new stage in the development of 21st century urban management. 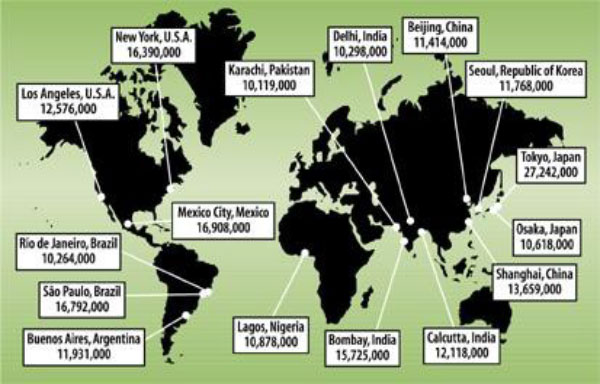 As the map shows, of the sixteen mega-cities listed (ie with more than ten million inhabitants), fifteen are based on the coast (the sole exception being Delhi in India). Of the predicted thirty global mega cities that will exist by 2030, almost all will be on the coast, and almost all will also be in the ‘developing global south’, which means that they will be largely unplanned and unmanaged, with little or none of the underlying urban infrastructure that we usually associate with major city development.

The nature of a major flood event means that the damage is often widespread, total, catastrophic, and has an extremely long recovery period – often counted in decades rather than months or years. It involves infrastructure degradation (roads and bridges washed away, railways incapacitated and power generation severely damaged), health issues (release of sewage into the flood waters, lack of water purification, spread of diseases), and a social dislocation that has often had the highest impact on exactly those areas of the community that are least able to manage it and, in risk management terms, have the least resilience to disruptive events.

I have been impressed by the efforts of the US local, state and regional emergency response agencies in dealing with the impacts and consequences of Hurricane Harvey as best they can, in the face of what was an unprecedented level of rain leading to an unprecedented level of disruption. However, if we are to avoid the catastrophic levels of personal and social impact that we have seen in recent flooding and other natural disaster incidents, then we need to accept the reality of the threats that we are facing, and to treat them as a part of the new reality of 21st century risk management rather than as one-off events that can be largely forgotten once the television crews have left and moved on to the next story.